We find these events in Macedonia of particular interest for their largely unsung parallels to the more widely reported student movements and occupations happening in places like Chile, Quebec, London, and Amsterdam as well as the conditions currently being created (and also protested, here and there) in the United States.

It is also encouraging to see this kind of organizing and resistance occurring in a country that appeared, until recently, to understand itself as not having built a culture of political opposition since its independence (there may be hope for Switzerland yet!). The AWC extends our support and solidarity. 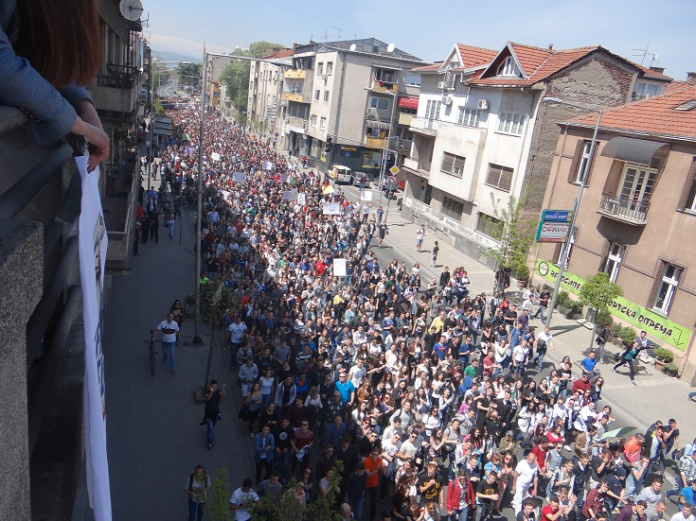 Spring has arrived in Macedonia: thousands of pupils and students protest against education policies

by Adela Gjorgjioska for LeftEast
23 April 2015

Thousands of pupils, students  and teachers marched today across the country, in a renewed challenge to governmental education policies. Organized by the High School Plenum,  the protest comes two months after the [University] Student Plenum declared victory against “reforms” in higher education on the 24th of February, 3 months after the students’ first march on the 17th of November.

“For the first time in the history of Macedonia, but also the region, students and professors will participate directly in the process of devising a law which affects them,” the Student Plenum exclaimed then. END_OF_DOCUMENT_TOKEN_TO_BE_REPLACED